I was treated again. 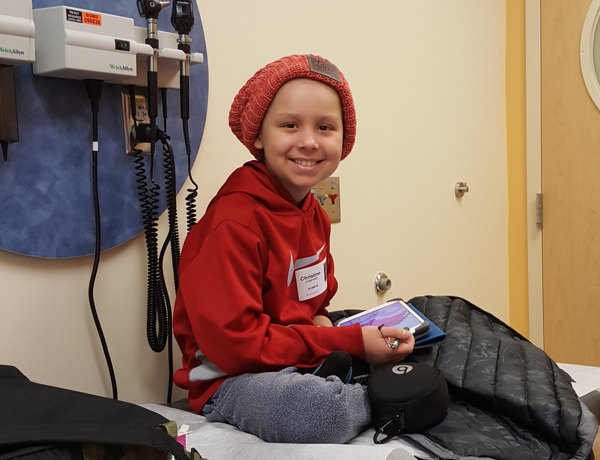 Our family called this period “Evan’s 2nd tour” since I would be going into battle again. Doctors ran a genomic testing to see how many mutations were in the blood and what types they were. The test came back saying I had eight different mutations- that means there were 8 different types of leukemia cells in my blood. This would be very difficult to treat, since cancer usually comes back more aggressively the 2nd time.  I beat all odds and went into remission from the first chemo treatment. I went through one more AML chemo treatment to prepare for my second bone marrow transplant on November 8, 2017 (my RE-re-birthday).  I told the docs again that I wanted to be home before my sister’s birthday and I did it! They did find out there was a certain medicine that would help fight against one of the mutations found in my blood, so I would have to take it after I went home to hopefully prevent it coming back.  When I went home, I had to be very careful not to be around anyone; I had to stay indoors, and our pets were even staying at our friends’ homes until I got better. It was difficult, but still felt way better to be sleeping in my own bed.